The Game Editor window is where all of your game's main settings and data is set and stored. It will open automatically after using the New Game Wizard, but it can also be opened from the top toolbar by choosing Adventure Creator → Editors → Game Editor:

The Game Editor window is made up of eight tabs - one for each Manager. Each Manager controls a different aspect of your game's design:

This displays information about the current scene, such as the Player's default starting-point and opening Cutscenes. It also provides a list of icons to quickly add AC objects to the scene. 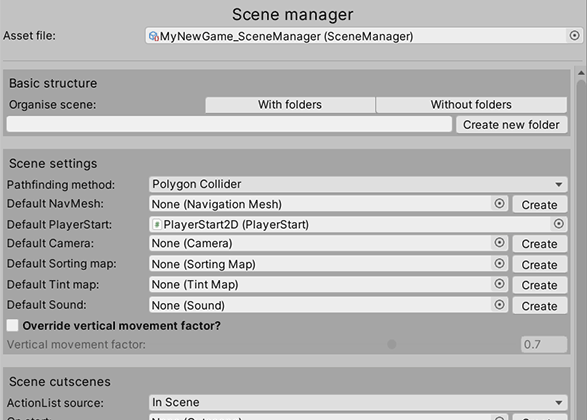 This lists all of the game's "global" settings, such as the default Player prefab, how the game is played, and what debugging options are active. 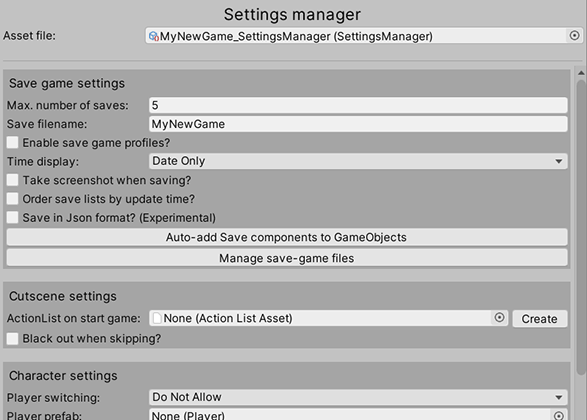 Actions are the building-blocks of AC's visual-scripting system. This Manager lists all that are currently installed. 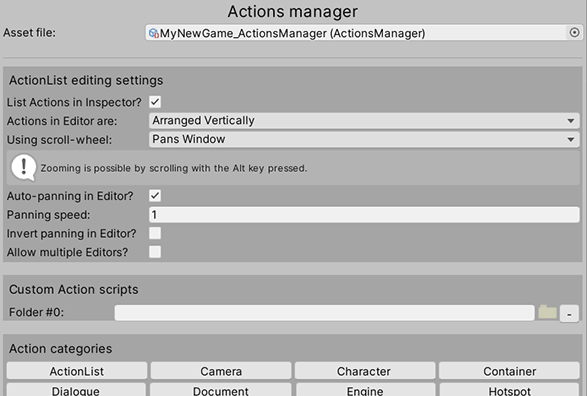 Variables are used to construct logic. Here, we can define Global (game-wide) or Local (scene-wide) Variables.

Inventory items are objects that the Player can carry and use on other objects. Here, we define what those items are, as well as Documents and Objectives.

This covers everything related to speech and text in the game - from how it appears on-screen, to how translations are handled. 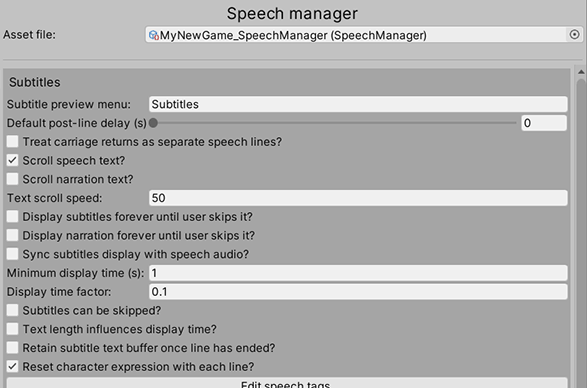 This is where the cursor's display is configured, as well as the various icons you can associate with interactions. 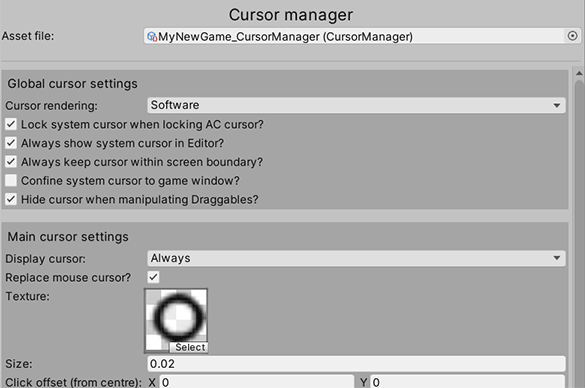 Menus are what make up an AC game's interface. From here, you can control their display and behaviour. 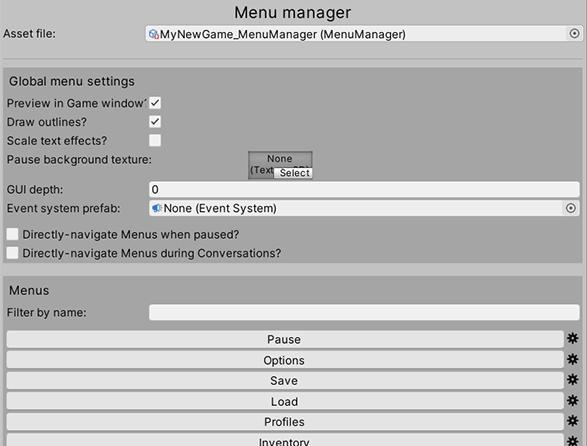 Now, let's dive in and create our very first Cutscene!